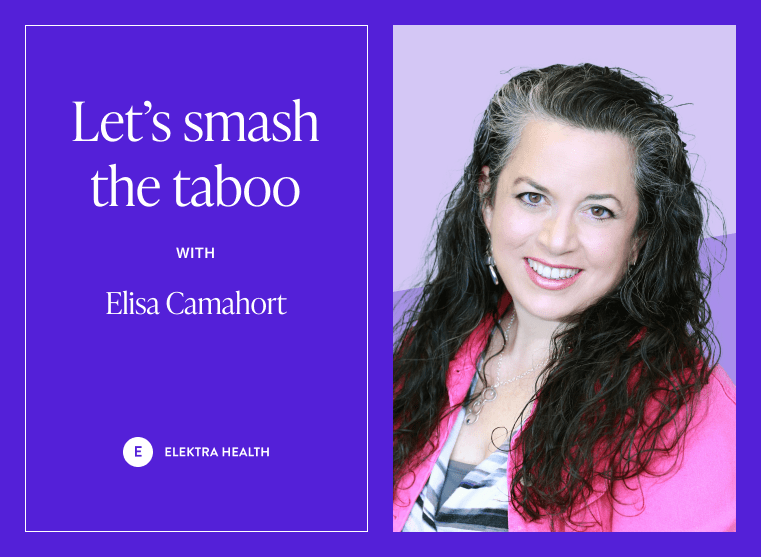 Elisa Camahort Page is a speaker, consultant, and entrepreneur, best known for co-founding BlogHer. She’s the host of The Op-Ed Page podcast and co-author of Road Map for Revolutionaries: Resistant, Activism, and Advocacy for All. To learn more about Elisa’s work, visit elisacp.com and subscribe to her newsletter, This Week-ish with Elisa Camahort Page.

Where are you in your hormonal health journey?

What’s one word or phrase that comes to mind when you think of menopause?

I was not at all prepared for this, kind of, feast and famine, hormonal thing going on.

Which menopause symptoms have you experienced?

I’d like to trademark the term “tsunami period.” I could not go that long without having a leak problem that reminded me of being 13! The other thing that was happening (which I totally attribute to menopause not being talked about) was that, at the same time, I was just not feeling great. I was utterly fatigued all the time. By three in the afternoon, I easily could have just gone and taken a nap. I was so tired.

I didn’t really connect the dots. And neither did my gynecologist, to be honest. She didn’t bring up any other things I might be experiencing. Finally, I went to my primary care physician and she had some blood work done. Turns out, I had low B12 and low ferritin. I wasn’t anemic, but when I had my periods, it was like there was nothing in my reserves. My vitamin D levels were also not great, like a lot of other Americans. But, all of this connected the dots for me and made me realize: “Oh, menopause is actually happening.”

It’s super unpleasant, unpredictable, and I’m just sick of it. It’s not just inconvenient; it’s actually having a real effect on me.

I don’t have hot flashes (knock on wood). I’ve had some issues like gut disturbance, sleep disturbance, anxiety, and joint pain for most of my life. I’m not sure if these things were exacerbated by hormones or not. I’ve definitely had more dizziness over the past few years than the rest of my life, so I talked to a doctor who gave me exercises for vertigo.

When your energy is constrained, you get better at saying no.

Is there anything you wish your younger self would have known?

I would have gotten another IUD for sure. I had a good experience with it (I know that not everybody does). For most of my life, I was on the pill pretty much exclusively. But when I turned 45, my doctor wanted me to switch to an IUD because I had borderline high blood pressure. The plan was to keep the IUD in for seven years in the hopes that it would carry me through menopause. But, that’s not at all what happened. At 50 or 51, I started having periods again. They started to get more unpredictable, heavier, and longer. At this point, I decided to take the IUD out. Now, looking back, I wish I just put a new one in!

Overall, I probably would have made some different choices. Certainly, I think I wouldn’t have waited so long to figure out how things were connected. I would have just been more decisive and proactive. One of the problems was that, by the time it took me to connect the dots, I thought to myself, “Well, I’ve already toughed it out for a year or two. How much longer can this go on?”

What’s so stunning to me is that menopause is so different for every person.

Throughout your hormonal health journey, how has your outlook on life shifted?

You hear people say this all the time, you know: You hit a certain age and you have no more fucks to give. You’ve surveyed your field of fucks and it’s barren.

When your energy is constrained, you get better at saying no. You get better at recognizing that the world doesn’t end when you say no to things. And you listen to yourself a little more. It’s amazing how you can say no and still find that your life is full of rich possibilities.

We’re really part of a society in which we’re constantly trying to do more than we need to all the time. Ten years ago, I just said yes to everything that piqued my interest at all, and I would just constantly do everything. Mostly those things were really fun! But, it all takes some amount of energy, right?

You definitely need to get practice saying no or yes for the right reasons and be really intentional about that. A lot of times, I don’t say no, I just say, “not now.” But try me again in six months because who knows? Who knows what life will be like?

We know menopause can be challenging, but it can also be funny, enlightening, liberating, energizing, and more. Do you have an anecdote or reflection that shows another side of menopause, beyond what we’re conditioned to “fear” as women?

Whenever I get the chance to be around women aged 40+ when they talk about their issues, I’ll ask them, “Hey, have you thought about perimenopause?” All of a sudden, the stories come out because everybody is sort of going through this alone. What’s so stunning to me is that menopause is so different for every person.

I now belong to a couple of menopause Facebook groups, so there are finally opportunities to be less alone.

Like what you see? Sign up for our weekly Elektra Digest for access to top hormonal health news, community events, female empowerment for the 21st century woman, and more.

Elektra Health is on a mission to smash the menopause taboo by empowering women with world-class care, education, and community. Because women deserve better. 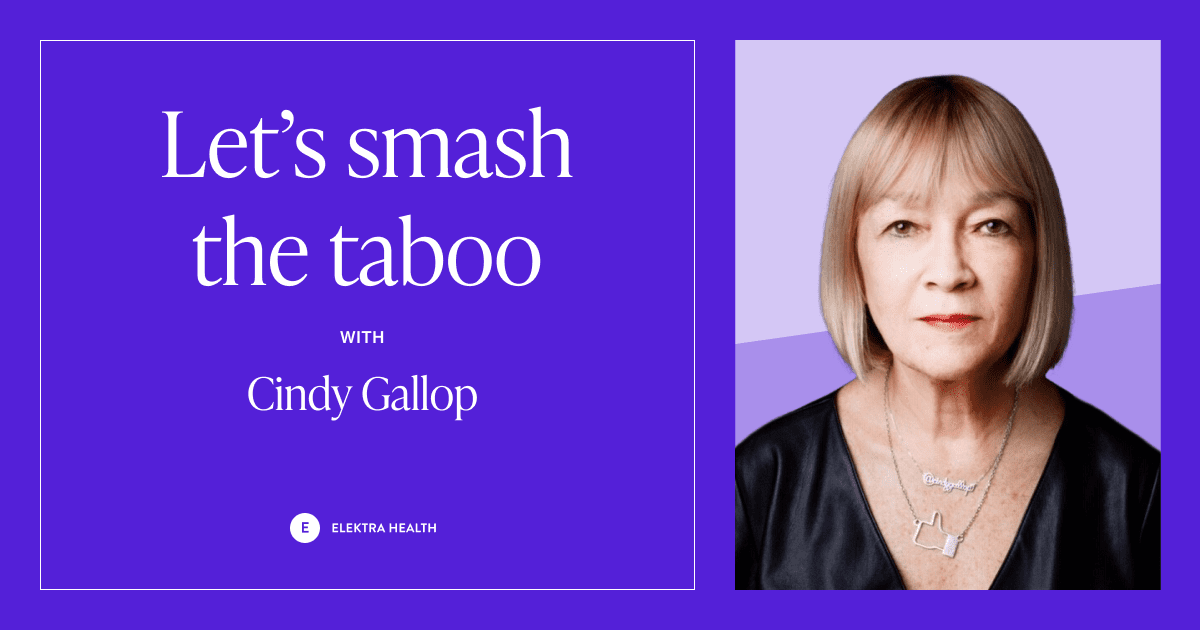 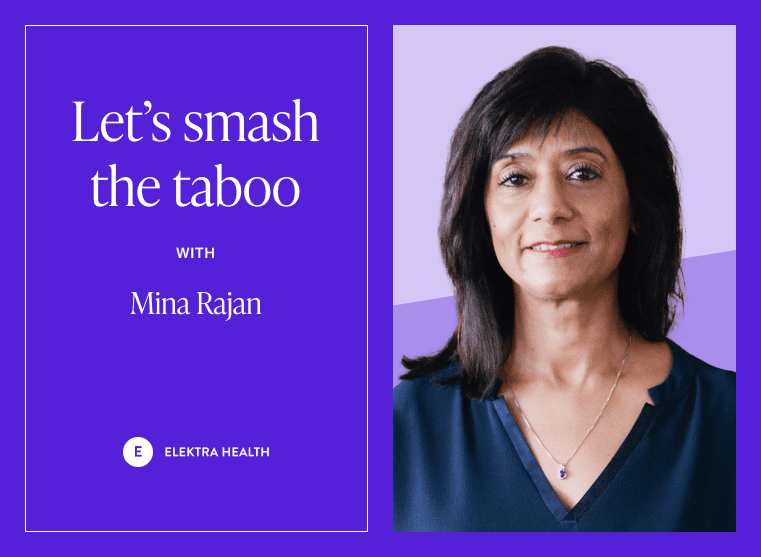